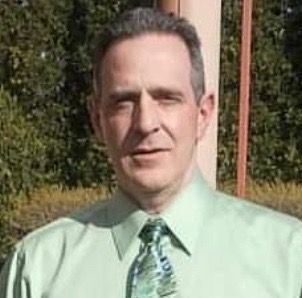 Please share a memory of Robert to include in a keepsake book for family and friends.
View Tribute Book
Robert "Bobby" Trivisonno 58 of Egg Harbor Township, passed away peacefully at home on December 29, 2018. Bobby was born October 31, 1960 in Bergen County, NJ. He graduated from Cresskill High School and attended Stockton College. He was a devoted father to his sons, a hardworking and successful businessman. Bobby owned and worked for several businesses throughout his life including Chelsey Pizza, Pacific Limousine, Wyndham Corporation and Triv Amusements. He was an avid fan of the Philadelphia Eagles, and travelled for years with the Grateful Dead. He had a big personality and an even bigger heart. Bobby was the youngest son of the late Victor and Conchetta Trivisonno. He and his late wife Robin Trivisonno (nee Leak) were married in June of 1988 and were proud parents of three sons; Brendan (Alyssa), Nicolas and Michael. Bobby was blessed with a beautiful granddaughter, Ariana Robin. After the passing of his wife, Bobby dedicated himself to raising his three sons, who have grown into the wonderful men that they are today. He also leaves behind his brother Victor Jr. (Shelly), sister Karen as well as his niece Danielle and a host of extended family and friends. Relatives and friends are invited to attend his visitation and Memorial Service on Tuesday, January 8, 2019 from 1PM until 3PM at the Gormley Funeral Home LLC 2706 Atlantic Avenue, Atlantic City, NJ. 08401. To post photos, share a memory or send an on line condolence, please visit gormley funeral home site on the web -gormleyfuneralhomellc@comcast.net. The family would like to thank everyone for their love and support during these challenging times. Your prayers and words of comfort are very much appreciated.