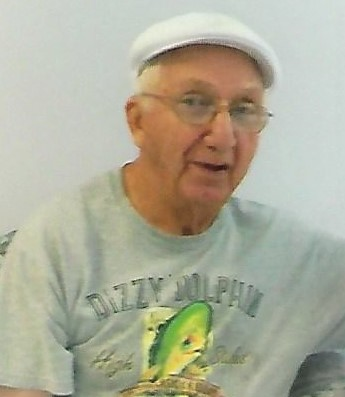 Obituary of Salvatore A. Catanese

Please share a memory of Salvatore to include in a keepsake book for family and friends.
View Tribute Book
Salvatore A. Catanese (affectionately known as Sam Cat) 88 of Atlantic City, passed away on Monday, December 31, 2018 at home surrounded by his loving family. Following his graduation from Atlantic City High School (graduating with 4 stars), Sam worked in the clothing industry for 20 years. He then began a career working for the City of Atlantic City retiring in 2010. He served as the Boardwalk and Beach Superintendent for the City. Sam was very active in the community as President of the ALKI Club. His favorite past time in later life was playing Blackjack at Caesars. He was also the best grandfather -going to the movies with his grandchildren and never missing any of their sporting events. Sam also liked going out to have a meal with his good buddy Michael Bell. Sam is predeceased by his wife of 56 years Rose, his parents Anthony and Serefina, brother Anthony and sister Minnie. He is survived by his son Salvatore Jr. (Beth), daughter Rosemarie Imperiale (Greg); grand sons Greg Jr. (Jessica), Andrew (Brenna), Salvatore (Carley) and Steven; his sister Mary and dear friend Doris Ross. A Mass of Christian Burial will be Celebrated for Salvatore "Sam" Catanese 10:00am Friday, January 4, 2019 at St. Michaels Church 10 North Mississippi Avenue, Atlantic City. Relatives and friends are invited to attend his viewing from 9:00am at the Church. The Rite of Committal will be offered at Holy Cross Cemetery, Route 40 in Mays Landing following Mass. In lieu of donations or flowers, Sam would like you to make a wager on your favorite team. Arrangements by the Gormley Funeral Home LLC, AC.