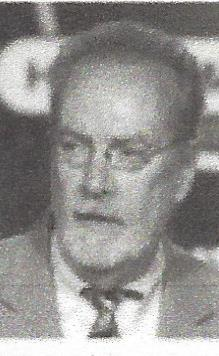 WHELAN, JAMES 68. of Atlantic City 11-8-48 -- 8-22-17 Jim was born in West Philadelphia to James and Anna (O'Kane) Whelan. He attended St. Francis de Sales Grammar School, West Catholic High School for Boys, and Temple University. His family summered in Atlantic City's inlet section, where his love for the Ocean and City was nurtured. He began his early swim training on the beaches and waters of the inlet channel. He continued to hone those skills on the West Catholic swim team. When he was barely old enough, he became a member of the Atlantic City Beach Patrol spending most of his summers at States Avenue beach and swimming in and out of town at lifeguard races. Back in Philadelphia, he was an outstanding member of the Temple Swim Team, and eventually Temple's Swim Coach, while teaching in Philadelphia schools. He met his wife Kathy in Atlantic City, married in 1976, and returned to Philadelphia to continue his career -- But Atlantic City called him back within a year. He moved to his Chelsea Heights home and would be teaching at the West Side Complex (now MLK complex), and starting an after school swim team. In summer he continued 'teaching and beaching'--- and in the early morning hours coached the MRA age group program. As a young swimmer he was inspired by the original Around The Island Swim and as an adult he wanted to revive it. He did a solo swim to raise interest and then took the family, including the dog, on a six week journey to Canada where he entered various marathon swims: to meet the swimmers and organizers, and invite them back to Atlantic City the following year, making many more life long friends along the way. With the help of local friends, enthusiasts and volunteers, the Swim was started again. With the swim in capable hands, he started a new adventure: politics. He unsuccessfully ran for Freeholder, was elected to Atlantic City Council, Mayor, State Assembly and Senate. Along the way he accumulated many awards and titles: Atlantic City Beach Patrol swim Champ, SJ Championship, West Catholic Hall of Fame, Temple Hall of Fame, International Swimming Hall of Fame -to name a few. His political career took him all over the U.S. and the world, but his heart was always in Atlantic City. He found pleasure in the big accomplishments, but the closeness of family , lifelong friends and Atlantic City school kids were dearest to his heart. He loved it when someone would come up to him and say, "Mr. Whelan! Remember me? Your were my swimming teacher - you taught me how to swim!" Jim had three simple rules for life that he tried to live by and repeatedly offered to anyone who would listen: Show Up - Do Your Job - and Be Nice To People. Jim leaves to treasure his memory -his wife, Kathy (Brooks); son Rich Halvorson; sisters Ellen Whelan and Nancy Whelan, Bob and Maryann Clark; in-laws Mark (Rowena) Brooks, Dennis (Eli) Brooks, Bill (Mary) Brooks, Peg (Dan) Revallo, Patti Brooks-Mazur, Terri (Joe) Welsh, Ellen Brooks; and many, many nieces, nephews and cousins---lifelong friends and neighbors - and of course- the people of Atlantic City and Atlantic County. He belonged to everyone. We are all heart-broken and miss him terribly. Burial will be private. Arrangements by the Gormley Funeral Home LLC, AC There will be a Memorial Service for Jim Whelan at Boardwalk Hall in Atlantic City, September 14, 2017, from 10:00am until 1:00PM. In lieu of flowers, donations may be made be made to: The Jim Whelan Memorial Foundation, P.O. Box 362, Northfield, NJ 08225 or to a charity of one's choice. (Do not delete this line. It does not print. Text that is to appear on web must be entered after this line)«

Share Your Memory of
James
Upload Your Memory View All Memories
Be the first to upload a memory!
Share A Memory
Plant a Tree