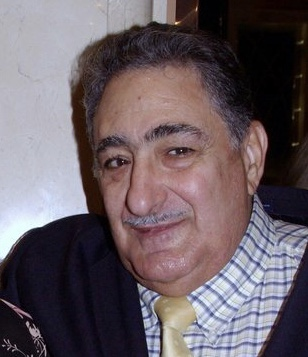 Louis Ralph Palmentieri 74, known to his friends as "Lou", of Egg Harbor City, passed away peacefully on Friday, July 13th, 2018 at AtlantiCare Regional Medical Center with his family at his side.

Louis was born and raised in Atlantic City. He spent most of his time with his family, enjoying weekly family dinners and holiday gatherings. He adored the time with his wife Mary, hitting the slot machines and buffet at the Borgata. You could find him on any given Sunday watching his favorite team the Eagles and was known for his lifetime love of playing pool. Louis was a devoted husband, a super dad, cherished son, nephew, brother and let's not forget the best Pop-Pop around.

He served his country in the United States Navy, assigned to the USS CONTNGHAM in July of 1963 until the end of his enlistment. He was also affiliated with the local American Legion. Louis retired from the United States Post Office in 1990. He then continue a career as proprietor of Bagel Jakes located in the Tropicana.

He is predeceased by his father Angelo Palmentieri and his mother Marie Palmentieri and brother John. Louis is survived by his loving wife of 50 years Mary (nee Warner); his loving daughters Mary, Regina and Deanna; his bothers Mario and Michael; and his many beautiful grandchildren, Leah, Cassie, Amanda, Abigail, Alice, Louis, Gabriela and great grandchildren Alessa, Juliette and Julianna.

A Mass of Christian Burial will be celebrated for Louis Palmentieri 11:00am Wednesday, July 18th, 2018 at St. Vincent de Paul Church 5021 Harding Highway, Mayslanding. Relatives and friends may call at his viewing in the church chapel from 9:00am until Mass at 11:00am. The Rite of Committal and Military Honors will be offered at the Atlantic County Veteran's Cemetery in Estell Mannor, following Mass. Arrangements by the Gormley Funeral Home LLC, AC.