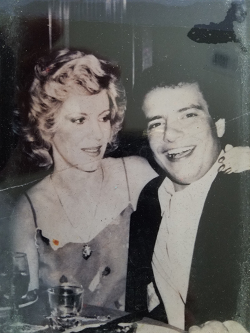 Obituary of Rosario A Costantino

COSTANTINO, ROSARIO and MARY ANNE of Margate Ross passed away on September 2nd, 2017 and Mary Anne on December 19th, 2016. Both were surrounded by their family and friends. Ross and Mary Anne will be truly missed by their daughters Roslyn (Joseph Mattle), Lisa (Erik Schuster), Francesca and Jorjiana (Jonathan Shames); grandchildren Liam and Ryan; sisters Julia Fanelli and Linda Schonwald; cousins Mark, Allison and Jessica Soifer; nephew Michael, his wife Hillary and son Seamus Brady; and faithful dog Mr. Max. Ross and Mary Ann are predeceased by their mothers "Babe" Pickens and Helen Szymanowski. For 27 years Ross and Mary Anne owned and operated the Flying Cloud Cafe on the water at Gardner's Basin in Atlantic City. Ross and Mary Anne cared deeply for their many employees and treated them as family. They enjoyed their winters in Costa Rica where friends and family often visited. Ross loved and believed in Atlantic City his whole life. Ross was a long-time Philadelphia sports fan and as a younger man he was an accomplished bowler and fisherman. Upon selling the Flying Cloud Cafe, Ross returned to his work as a successful commercial real estate agent. Mary Anne loved to travel. She was passionate about helping others in need and giving people a second chance. Mary Anne also enjoyed reading, word games and shopping for a bargain. A private memorial service will be held by the family. Memorial donations may be made in honor of Ross and Mary Anne to the March of Dimes, an organization that was close to their hearts. Arrangements by the Gormley Funeral Home LLC, AC.

Share Your Memory of
Rosario
Upload Your Memory View All Memories
Be the first to upload a memory!
Share A Memory
Plant a Tree