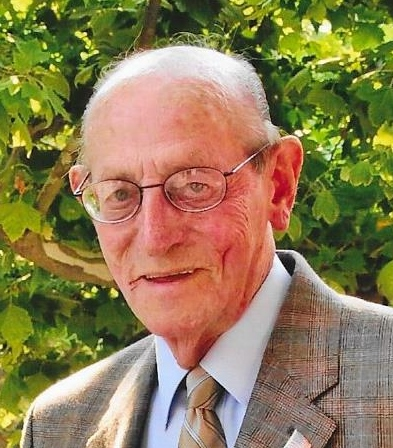 John W. Hladun. 90 of Atlantic City passed away Tuesday March 20, 2018 in the arms of his loving wife of 62 years, Ann. Born and raised in Atlantic City, he was a graduate of Atlantic City High School and a Veteran of the US Army serving in Japan. He was predeceased by his parents Vasel and Paraska Hladun, his brother Paul and his loving son Robert. John was a loving husband, father and doting Pop-Pop to his 6 grandchildren. He was an avid sports fan who played basketball and ice hockey in his youth and followed his grandchildren's sports teams attending many of their games. Early on he worked as a manager for the Vienna Restaurant in Atlantic City and sold insurance for Metropolitan Life. He then became the Purchasing Agent for Atlantic City serving for 41 years before his retirement in 2011. John was very well respected in the Purchasing community and was regarded as a man of integrity, a pioneer and a mentor to many. He was a member of the National Institute of Governmental Purchasing Association (NIGP) receiving the Purchasing Manager of the year award in 1989. He was a founder and first President of the SJ chapter NIGP, served as President of the GPANJ in 1976 and again in 1982; and was a planning committee member for Rutgers University Center for Government Services annual education forum for purchasing. Additionally, he was a member of and served as President of the Atlantic County League of Municipalities. John was also very active in Our Lady Star of the Sea Church and School, Chelsea Little League, the Morris Guards and many other purchasing agent associations. Beloved by his family and friends he was a quiet man who will be cherished in their memory forever. He is survived by his loving wife Ann (Bach), son John W. Hladun Jr. (Denise) daughter Christine Goodwin (James), daughter in law Larissa Hladun (Robert), and grandchildren Michelle, Timothy and Annie Goodwin, John and Patrick Hladun and Robert Hladun. Mass of Christian burial will be Celebrated for John W. Hladun 10:00am Saturday, March 24th 2018 at Our Lady Star of the Sea Church 2651 Atlantic Avenue in Atlantic City. Family and friends may call from 9:00am at the church. The Rite of Committal will be offered in the Greenwood section of the Atlantic City Cemetery, Washington Avenue, Pleasantville following Mass. In lieu of flowers donations may be made in John's memory to: The Football Program at Holy Spirit High School, 500 South New Road, Absecon, NJ 08201 or to Our Lady Star of the Sea Grammar School, 15 North California Avenue, Atlantic City, NJ 08401. Arrangements by the Gormley Funeral Home LLC, AC.