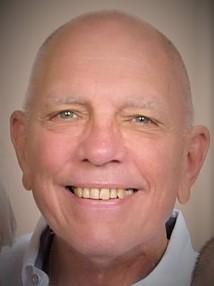 Obituary of Michael A. Zagebaylo

Please share a memory of Michael to include in a keepsake book for family and friends.
View Tribute Book
Michael Zagebaylo 73 of Atlantic City,died Monday May 16, 2022. Michael was raised in the South Bronx, NY by parents William and Helen Veillieux Zagebaylo. He served in the US Army National Guard, worked in circulation and marketing in the publishing industry and owned two businesses. He inspired others, championed his employees and acted with conviction. No job was too great or too small. Michael had great taste in clothes and acted as shopper and stylist for family and friends. He was a gracious host who made the best white pizza. In good times and bad, he was an optimist who never complained. Michael's family and friends were his treasure. He is predeceased by his parents as well as his daughter Margaret Aragon, his brother William Zagebaylo Jr. and sister Tabitha Aders. Michael is survived by his beloved wife Rosemary Aragon Zagebaylo, his son George Aragon (Zeynep) of Phoenix, AZ and daughter Tina Lusignolo of Dayton, OH; his sisters Stephanie Bunson (Michael), Rebecca Simpson, Gloria Lomba, Diane Lomba and Nancy Caro and nieces and nephews. His grandchildren were the joy of his life: Henry Aragon and Emilia and Jude Lusignolo. Michael was blessed with an extended family in Turkey as well as loving friends Douglas Bates and Anita DeSanto. Services will be at a later date. Arrangements by the Gormley Funeral Home LLC/AC (gormleyfuneralhomellc.com).