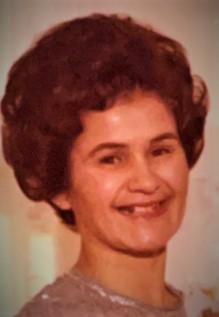 Please share a memory of Zoi to include in a keepsake book for family and friends.
View Tribute Book
Loi Polis 88, of Atlantic City, passed away peacefully on April 24, 2022. Zoi, the daughter of the late Fotios and Triantafillia Zikopoulos, was born in Kallistrati, Kozani, Greece. She and her husband, the late Nickolas Polis have two children, George and Sophia. In 1968 Zoi came to America with the hope of providing better opportunities for her family. She became an American citizen and a member of St. Nicholas Greek Orthodox Church in Atlantic City. She was a skilled seamstress by trade and a homemaker who loved to do anything she could for her family. Zoi is predeceased by her husband, Nickolas Polis, by her father, Fotios, mother Triantafillia (nee Tremopoulou), brother, Anastasios, and sisters Sophia and Maria. She is survived by her son George, and daughter Sophia, wife of Apostolos Basdekis. She is survived also by her sister, Athena, her brother-in-law Demetrios (Theano) and by many nephews and nieces. She is the grandmother of Steve (Melinda), Nick (Kelly), Jimmy (Jennifer), Nicholas, and great-grandmother of Evan, Lukas, Paulie, and Alex. Friends and relatives are invited to attend her funeral service on Tuesday, May 3, 2022 at St. Nicholas Greek Orthodox Church, 13 South Mount Vernon Avenue, Atlantic City, NJ 08401. Her viewing will be held at the church from 10:00am until time of Service at 11:00am. Interment will follow at the Atlantic City Cemetery off Doughty Road, Pleasantville, NJ In lieu of flowers, donations may be made to: St. Nicholas Greek Orthodox Church 13 South Mt. Vernon Avenue, Atlantic City, NJ 08401. Arrangements by the Gormley Funeral Home LLC/AC (gormleyfuneralhomellc.com).