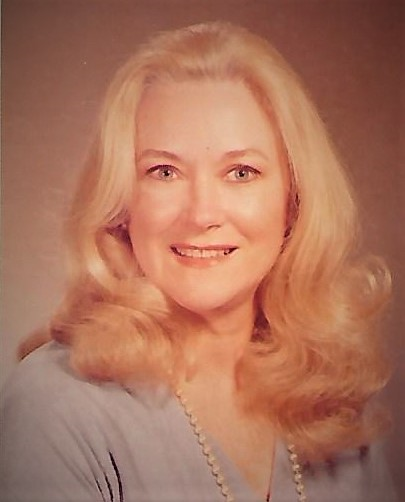 Please share a memory of Teresa to include in a keepsake book for family and friends.
View Tribute Book
Teresa R. Karutz 92, of Atlantic City, passed away on February 3, 2022. She was born on July 30, 1929 in Atlantic City NJ to her parents Anna C. and Fonsy W. Gualtieri. She was their 5th child. She attended all Atlantic City Schools in her youth, graduating from A.C.H.S. in 1947. Afterwards she had one year of nurse's training at Abington Memorial Hospital School of Nursing in Abington, PA. Followed by a year at Rutgers Extension Night School in A.C.. She worked during the day for her brother-in-law who was a dentist in A.C. She spent 3 more years at Rutgers University in New Brunswick, NJ earning a BS degree in Math - Education. Her education was partially financed by receiving a scholarship when she was Miss Atlantic City of 1949, crowned by Frank Sinatra, who just happened to be in town. She also had done a lot of modeling, even modeling with Grace Kelly and others at a fashion show held at the Atlantic City Racetrack. She married in 1953 to Dr. Wallace S. Karutz in Fl., had 2 sons, Wallace S. Karutz, Jr and William C. Karutz. Domesticity, childrearing, volunteer and charity work dominated her time during the years that followed, however a subsequent divorce propelled her into the paid for labor department and embarked her on a multifaceted professional career spin. She formed Teresa Karutz, Inc and Fashion Guide, Inc., public relations, promotion and fashion film production firms based in NYC, then joined a Westport, CT worldwide marketing company and toured the globe as associate producer of celebrity Art Linkletters tours to military bases, commercial and TV production sites and organizational events for the next seven years. This included the Military Wife of the year programs and Art Linkletters TV specials including " A Child's Eye View of Washington" amongst other TV specials. The next phase of professional endeavors found her in real estate marketing, management and sales at apt, condo and office buildings in NY, PA, OH and CT. After taking some continuing education courses in Westport, CT., she enrolled in a newly organized law school in Wethersfield, CT., working during the day and commuting 140 miles roundtrip 3 nights a week for 2 years until the fledgling school was acquired by the University of Bridgeport, Bridgeport, CT. At age 50, she received her J.D. in the school's first graduating class in 1980. The following years were spent practicing law in a small general practice law firm in Norwalk, CT, during which time she married a real estate builder and developer, Angelo Veno of Westport, CT., in 1984. After another divorce, she returned to her roots and hometown of Atlantic City, where she had been living and working. Still licensed to practice law in the states of Ct and PA, but not NJ, she remained in the legal field taking periodic jobs as a paralegal and marketing consultant. Although she tried to crystal ball her future at age 17, she never envisioned her life would turn out the way it did. She cherished the more memorable past events during her life. Teresa is survived by sons Wallace S. Karutz Jr. and his son Wallace S. Karutz III; and William C. Karutz and his wife Debbie and their 2 children; son Matt and daughter Margo; two great-granddaughters, Matt's daughter Ariana and Margo's daughter Moana. Her nephews Dennis M. Kelly and his wife Susan and their 3 children and Patrick J. Kelly and his wife Mary and Patrick's 4 children and Mary's 2 daughters. Angelo Veno's son Tim and daughter Belinda. Teresa was predeceased by her former husband's Wallace S. Karutz and Angelo Veno and her sisters Anne C. Kelly and Betty Nigro Orr. A Mass of Christian Burial to Celebrate Teresa's life will be held 11:00am Thursday, February 17th, 2022 at Our Lady Star of the Sea Church, 2651 Atlantic Ave., Atlantic City, NJ. Entombment will follow at the Atlantic City Cemetery in Pleasantville, NJ located on New Road (route 9). In lieu of flowers please send donations to Our Lady Star of the Sea School, 15 No. California Ave., Atlantic City, NJ 08401. Arrangements by the Gormley Funeral Home LLC, AC (gormleyfuneralhoellc.com)