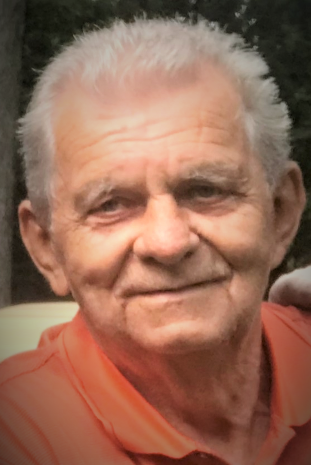 Please share a memory of Robert to include in a keepsake book for family and friends.
View Tribute Book
Robert Michael LShop/UpgradeMICHAEL. ROBERT L. SR. 82 - of Absecon, passed from death unto New Life and went home to be with his Lord and Savior Jesus on November 26, 2021 surrounded by his wife, children and grandchildren. Robert was born to Miles and Charlotte Michael (Pierce) February 24, 1939 and grew up in Pleasantville and Absecon with siblings Milton, Miles, Doris, Charles, Ralph and Lawrence. He often told stories of his childhood, spending time with his Aunts, Uncles and Cousins in Port Republic. The mischief and ornery deeds of his' and his brothers' was well known. The Legend of the Michael Boys is often the conversation at family gatherings and could have the makings of a Grammy winning country song. He loved this country and proudly served it for 48 years. He enlisted in the United States Navy in 1956, He was a Gunners Mate aboard the USS Cotten and the USS The Sullivans, continuing the legacy of his brothers who all served in the Navy. Following his honorable discharge, He continued his service to the United States Government, working for the Federal Aviation Administration at NAFEC and the FAA Tech Center. He was part of a team that made many contributions to aviation and airline safety. They collaborated with other agencies like FBI, US Secret Service, Interpol, Israeli Intelligence and others, to support projects like the investigation of Pan Am flight 103 bombing over Lockerbie, Scotland, the bombing of the Oklahoma City Federal Building, the 1st World Trade Center bombing, and many others until his retirement in 2004. In 1960, on a chance introduction from his brother Ralph, he met his future wife of 60 years Judith Schnitzel, a stunning redhead from Atlantic City. As Ralph told the story, "my brother was in love at 1st sight but Judy wasn't immediately impressed" ... who knew? They were married in 1961 and together had four children, Lorraine Michael-Coriaggio (Joseph) of Jamestown, TN, Robert Michael Jr. of Jacksonville, FL., Jess Michael (Donna) of Galloway, NJ, and Judi Michael-Engle (Jere) of Galloway NJ. He was a really good Dad but when he came to be known as "Pop", the best in him came out. Bobby, Chris (Lewis), Kate, Lindsay (Ryan), Jenna, Derek, Jeremiah, Noah, Tommy, Larry, and now Sophie, were his greatest source of joy. He was honored by his grandsons' decisions to carry on the Navy tradition and could not speak of it without getting choked up. In his last few years he had 2 causes that he often communicated to anyone that crossed his path. " If you smoke, please quit" and "If you're not right with the Lord, you're missing out". He was an avid golfer, and enjoyed Flyers hockey, boxing and drag racing. In his younger days he was a very skilled mechanic and brilliant with electronics. He built several winning racecars and he was the original MacGyver, It was often said "Uncle Bob can fix anything" Robert was a HAM radio enthusiast, and his call sign WA2GDK was on everything from his license plates to his email address. He enjoyed being home working on his lawn and pool and was adored by his loving and loyal little Yorkies, Annie and Lady, Services will be held on Monday December 20 at Port Community Church, 118 Main Street, Port Republic, NJ. Friends and Family are invited to call beginning at 11am. Church service will begin at 12 noon with burial and repast to immediately follow. Burial at Port Church Cemetery. Arrangements by the Gormley Funeral Home LLC/AC (gormleyfuneralhomellc@comcast.net)

Share Your Memory of
Robert
Upload Your Memory View All Memories
Be the first to upload a memory!
Share A Memory
Plant a Tree