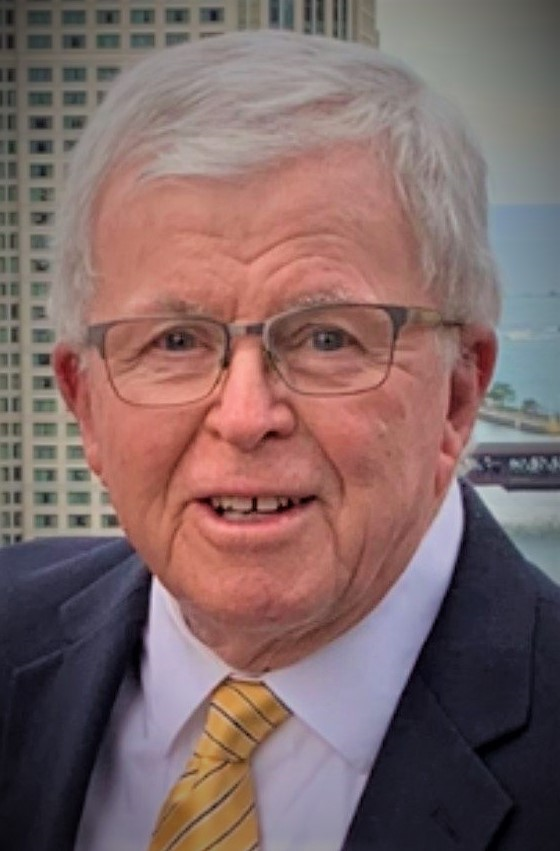 Please share a memory of Harold to include in a keepsake book for family and friends.
View Tribute Book
Harold Francis Appleget "Hap" 83 of Egg Harbor Township for 15 years, and formerly of Northfield for 41 years. passed away suddenly on October 18th, 2021. Hap was born on December 27, 1937, in Jefferson Hospital in Philadelphia, PA to his parents, Harold and Birdella (Bader) Appleget. He grew up in Atlantic City and attended Richmond Avenue School. His family moved to Pleasantville where he attended Pleasantville High School and graduated in 1956. There he played football, basketball, and baseball, where he holds the baseball record of the longest no hitter game at Ty Helfrich Field. He later played ice hockey at the Atlantic City Convention Hall with the Seagulls. He served in the United States Army at Fort Lee, Virginia and was a reservist with the Stork Army Reserve in Northfield, New Jersey. Hap attended and graduated from Eckels College of Mortuary Science in Philadelphia, PA and was a State Licensed Funeral Director for over 60 years at various local funeral homes. He finally retired in 2017. Hap and his wife Joan (Sharp) married in November 1963, and moved to Northfield where they raised their two children, John and Joan Marie, and lived there for over 41 years. Hap belonged to many organizations in his community. He ran the Blood Drives in the city of Northfield. Was a member of St. Bernadette's Parish Council. Held the office of President in the Northfield All Sports Program. As well as being a Commissioner of the Basketball, Baseball, Softball Leagues, and volunteered at umpiring many basketball and softball games. Held the office of President of Holy Spirit Fathers Club. Hap loved his family from his wife and children, to his grandchildren, brother, nephews, and nieces. He always wanted to make sure he could help them in any way possible, just to make their lives a little better. He loved attending his children and grandchildren's activities. He was a big support to them. He is predeceased by his parents, Harold and Birdella (Bader) Appleget; in laws, John and Loretta Sharp; brother-in-law Robert Applegate; sisters-in-law, Loretta Applegate and Jean Appleget; and nephew Robert Applegate, Jr. He is survived by his wife, Joan of 57 years; son, John (Denise) Appleget; daughter, Joan Marie (Mike) Adams; brother, Charles (June) Appleget; grandchildren, Michael and Jenna Adams and Jordyn and Hannah Appleget. Hap is also survived by many nieces, nephews, and friends that loved him. Nieces; Donna (John) Chojnowski, Debra (Joe) Gitto, Jacqueline Applegate, Susan (Dave) Doebler, Sally (Ken) Adams and Sandy (Danny) Matthews; nephews Andrew (Barbara) Applegate Patrick (Nicole) Applegate and Dan (Frodah) Appleget. A Mass of Christian Burial will be Celebrated for Harold "Hap" Appleget 11:30am Saturday October 23rd at Our Lady of Sorrows Church, 724 Maple Ave., Linwood, NJ 08221. Relatives and friends may call at the church for his viewing from 9:30am. The Rite of Committal will be offered at Laurel Memorial Park Cemetery, Tilton Road in Egg Harbor Township, following Mass. In lieu of flowers, donations can be made to the Community Food Bank of New Jersey, Egg Harbor Township, NJ 08234. Arrangements by the Gormley Funeral Home LLC/AC (gormleyfuneralhomellcac.com)

Share Your Memory of
Harold
Upload Your Memory View All Memories
Be the first to upload a memory!
Share A Memory
Plant a Tree