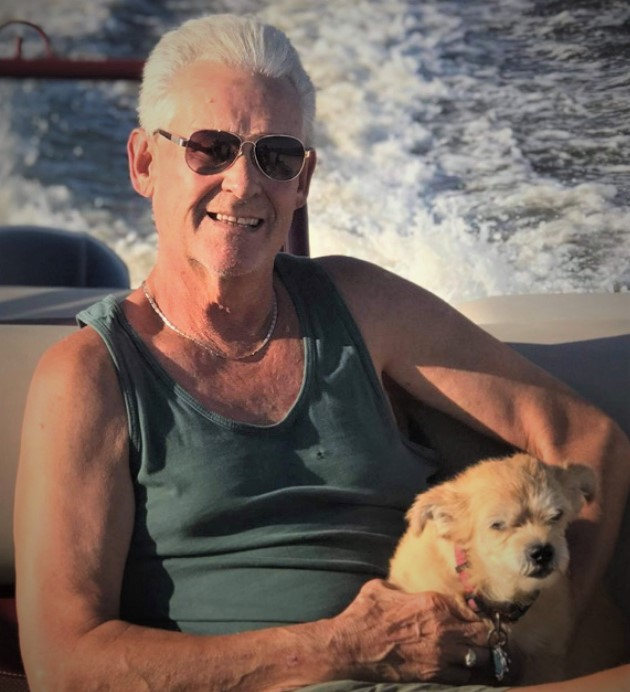 Please share a memory of Gerald to include in a keepsake book for family and friends.
View Tribute Book
Gerald "Jerry" Dutton 66 of Atlantic City, passed away suddenly on October 4. 2021. Born September 13, 1955 in Camden, NJ to Mary Clare (Scanlon) and Frank Dutton, Jr. he graduated from Pleasantville High School Class of "74". Jerry spent 20 years in West Hollywood, CA. where his love of party planning flourished. He returned back to Atlantic City and always had to live by the Ocean. He enjoyed decorating for every holiday and event. His favorite past time was thrift shopping with Tina where he found his "treasures". Jerry loved spending time at the "Oasis", cheering on his Eagles, and he loved everything about his favorite entertainer Cher. He was a devoted lover of dogs, but his greatest role was being an uncle known as "Ahwa". Jerry spent 22 years working at Dock's Oyster House in Atlantic City. He loved his work family dearly and enjoyed serving his patrons. His big personality will be sorely missed. Jerry was welcomed into Heaven by his mother Mary Clare Dutton and father Frank Dutton; brother Daniel Dutton; nephew Patrick Dutton; and his beloved dogs Oscar, Lucy, and Emmy. Jerry is survived by his brothers Frank Dutton (Nancy), John Dutton (Andrea), Paul Dutton (Dawna), Stephen Dutton (Tina); sisters Elizabeth Salerno, Mary Dutton; sister-in-law Irene Dutton; many nieces and nephews, and his baby dog Desi. A viewing for Jerry will be held Monday evening October 11, 2021 from 6PM until 9PM at the Gormley Funeral Home LLC 2706 Atlantic Avenue, Atlantic City. A Mass of Christian Burial will be Celebrated for Jerry 11:00am Tuesday October 12 at Our Lady Star of the Sea Church 2651 Atlantic Avenue Atlantic City . There will be a viewing Tuesday morning in the church from 10:00am until 10:50am. In lieu of flowers, please send donations to: The Atlantic City Humane Society 1401 Absecon Boulevard, Atlantic City, NJ 08401. Arrangements by the Gormley Funeral Home LLC AC (www.gormleyfuneralhomellcac.com).

Share Your Memory of
Gerald
Upload Your Memory View All Memories
Be the first to upload a memory!
Share A Memory
Plant a Tree