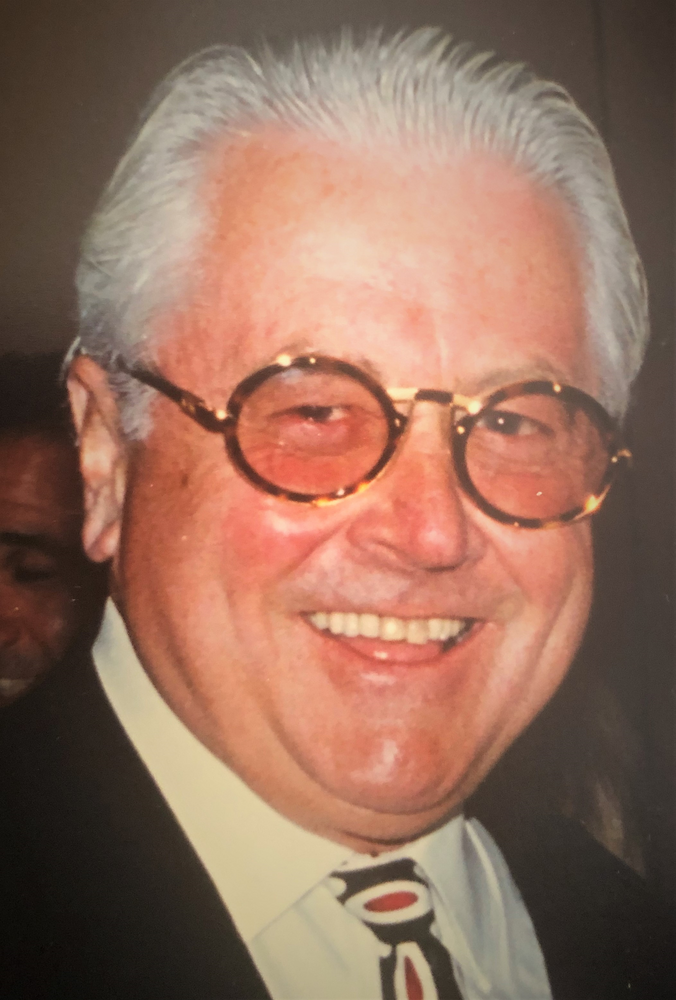 Please share a memory of Gerard to include in a keepsake book for family and friends.
View Tribute Book
GERARD LONGWORTH GORMLEY JR. "Jerry" 85 of Linwood, passed away peacefully at the AtlantiCare Medical Center in Atlantic City, after a brief illness, with his family around him on September 29, 2021, the Feast of St. Michael the Archangel. Jerry, as he was known to his many, many friends, was born May 27, 1936 to the late Gerard Gormley, Sr., the longest-serving Sheriff of Atlantic County and Margaret Gormley, nee, Fagan, in Atlantic City, New Jersey. While his father was the sheriff, Jerry and his family lived in the Sheriff's House on Farragut Avenue in Mays Landing, next to the county jail. Jerry attended the local schools in Mays Landing as a youngster and supplemented his early education with the assistance of the jail trustees who took young Jerry under their tutelage. Jerry graduated Holy Spirit High School in Atlantic City in the Class of 1954. Originally intended for the family business, Jerry attended the Eckels College of Mortuary Science on Diamond Street in Philadelphia, earning some distinction there. Jerry served his country in the United States Army during the Cold War as a Private First Class and was stationed overseas at Thule, Greenland in the 356th Anti-Aircraft Artillery Detachment as a fire control crewman. Today, Thule is the home of the new U.S. Space Force Base where the service members carry on the traditions established during Jerry's time of bringing support and holiday cheer to Dundas and the other local villages near the base. After his stint in the Army, Jerry returned to South Jersey and met the love of his life, Joanne Gullo. They were married in 1963 at St. Michael's Church in Minatola, New Jersey. Jerry and Joanne soon began operating Joanne's family business at the Ye Olde Midway Inn in Buena, New Jersey, where Jerry was the finest host and restauranteur. The Inn, built in 1779 and once called the Buena Hotel, sat at a crossroads in the Pines and provided a spot for weary travelers to rest on their way from Philadelphia to Cape May and back again. Joanne's parents, Tony and Marge, acquired the property in 1942 and ran it for many years. In the 1970s and throughout the casino era in South Jersey, the Midway became a place of fun and friendship, where Joanne ruled in the dining room and Jerry presided in the bar. Customers came for the food and drink but stayed for the gracious and hospitable atmosphere that Jerry and Joanne created. Jerry and Joanne operated the Inn as a fine dining establishment until 1998. Jerry served for many years as the Chairman of the New Jersey State Athletic Control Board. Appointed by Governor Kean in 1986, Jerry was responsible for the agency that regulated and licensed professional boxing and related sports. Jerry was a boxing fan from his youth, having been introduced to the sport by his father, Sheriff Gormley, who provided the family's mink farm in Estelle Manor as a training facility for renowned fighters, including the legendary Jersey Joe Walcott. Jerry was a leader in sports regulation and provided the framework for greater safety and oversight for the emerging sports of extreme wrestling and MMA. Through the years, Jerry was always a family man. He loved and cherished his wife, Joanne, their son Gerard and his wife Lauren. Jerry especially doted on "the babies", his three beautiful grandchildren, Gabrielle, Dylan and Quintin, all of whom survive him. Jerry is also survived by his younger brother, Senator William Gormley and his wife Virginia. Many of Jerry's fondest remembrances were those of his brother Bill and their younger days living next to the jail. Also left to cherish his memory are Jerry's many cousins, nieces and nephews whom he adored. Jerry is also survived by his loyal breakfast crew who met every Saturday morning at Hannah G's in Ventnor. The breakfast, presided over by his brother Bill, was the end and beginning of every week for over 25 years. Jerry was the anchor of the breakfast. Many of the world's greatest issues were discussed and resolved at that table. And, it just didn't seem like breakfast when Jerry wasn't there. Jerry was preceded in death by his parents, his sister Francy Gormley Gallagher and his niece Francy Fagan Gallagher. "Big Jerry" touched so many people throughout his remarkable life. He will always be lovingly remembered by his friends and family for his abiding and ever-present sense of humor, his brilliant smile, his twinkling Irish blue eyes and his gentleness and kindness. A Mass of Christian Burial will be Celebrated for Jerry Gormley 11:00am Monday, October 4, 2021 at Our Lady Star of the Sea Church 2651 Atlantic Avenue, Atlantic City. A calling will be held at the church from 9:00am to11:00am. Interment will be private and at the convenience of the family,. Jerry's family requests donations to the AtlantiCare Foundation, 2500 English Creek Avenue, Egg Harbor Township, NJ 08234 or Bacharach Institute For Rehabilitation 61 West Jimmie Leeds Road, Pomona, NJ 08240. Arrangements have been entrusted to The Gormley Funeral Home LLC, 2706 Atlantic Avenue, Atlantic City, NJ 08401 www.gormleyfuneralhomellcac.com.

Share Your Memory of
Gerard
Upload Your Memory View All Memories
Be the first to upload a memory!
Share A Memory
Plant a Tree