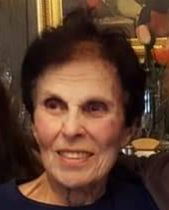 Obituary of Nita B Williams

Please share a memory of Nita to include in a keepsake book for family and friends.
View Tribute Book
Nita B. Williams 97 of Atlantic City, daughter of Anthony and Maria Antoinette (Cortese) Briglia, was reunited with her beloved family members on January 26, 2021. Her final days were spent comfortably in her home. Born in Atlantic City on November 1, 1923, she was a lifelong Atlantic City resident, where she was raised along with her siblings, being educated in the Atlantic City Public School System. After graduating from Atlantic City High School in 1941, she worked for many years as an employment specialist for the State of New Jersey Department of Labor, until her retirement in 1988. Remaining in Atlantic City, she married and had six children. After raising her children, her love of education prompted her to return to school, earning her degree at Thomas Edison State College. Throughout her life, her love of travel took her to many countries in Europe, South America, the Far East, Middle East, and Africa, often returning with many examples of foreign cultures. Nita loved children. She enjoyed her children, her grandchildren and, after retirement, enjoyed substitute teaching others' children. She delighted in taking her grandchildren to the theatre, concerts and other entertaining activities. Nita spent time volunteering at Dante Hall in Atlantic City and exercising at the Jewish Community Center in Margate. Her energy never ceased to amaze her six children. She is survived by Robert Reese (Theresa) of Lawrenceville, NJ, Douglas of Drexel Hill, PA, Mark of Atlantic City, Maria of Mays Landing, Tracy Nonamaker of Pottstown, PA, and Curtis (Tina) of Ventnor City, NJ; her sister, Marie B. Ferry of Atlantic City, and her four grandchildren ; Bradley (kate) and Bryan (Maria) Williams, Mark Ruddy, and Victoria Nonamaker as well as many nieces and nephews. She is predeceased by her siblings Joseph Briglia of Primos PA, Arnold Briglia of Florence AL, Louise B. Menardy of Margate NJ, and Francis Briglia of Vienna, VA all of whom she kept constantly in her thoughts. Nita will forever be remembered for her beautiful, infectious smile and amicable personality. A Mass of Christian Burial will be Celebrated for Nita Williams at 10:00am Wednesday, February 3, at St Michael's Church, 10 N. Mississippi Avenue, Atlantic City. Following Mass, the Rite of Committal will be offered at Holy Cross Cemetery, route 40 in Mays Landing. Masks are required, social distancing and church protocol will be followed. Arrangements by the Gormley Funeral Home LLC, AC. (gormleyfuneralhomellc.com).