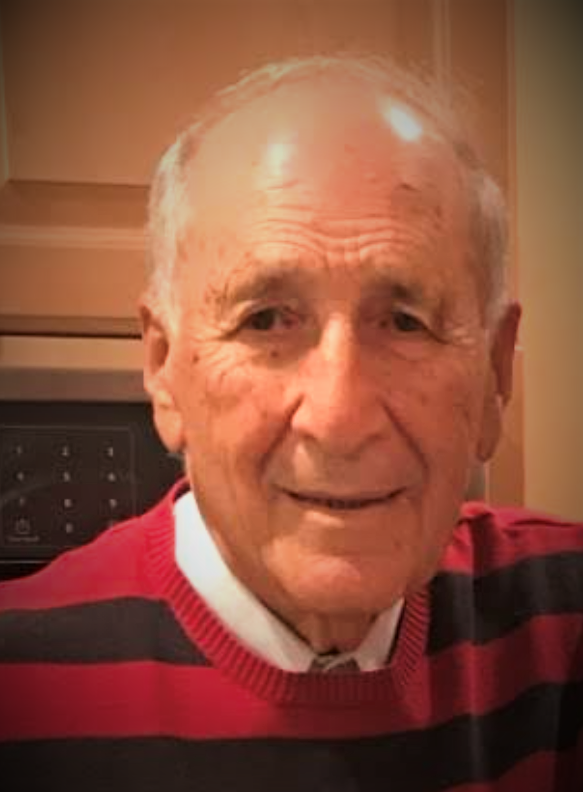 Please share a memory of Peter to include in a keepsake book for family and friends.
View Tribute Book
Peter J. Corio 94 of Linwood - born on October 8th, 1926 - departed this life on January 8th, 2021. Peter was born in (Ducktown) Atlantic City to Santo and Carmela Corio. He is survived by his wife of 39 years, Maureen, and his daughter Carmela. He was a devoted husband and loving father. He is also survived by his niece Joann (Joe) Gallagher and great niece Jenna and nephew Phil (Amy) Baker and great nephews Philip and Benjamin and niece Lisa (Ralph) Whittington. He is predeceased by his parents and two sisters, Anna Rongione and Rosemarie Baker. Peter lived an extraordinary life. He served in the United States Army at the closing of WWII. Later, worked for Nabisco in Mergers and Acquisitions for 38 years. Peter loved working for Nabisco because they often sent him to work abroad in countries such as Spain, Mexico, Italy, Venezuela, Nicaragua, and South Africa. He spoke English, Italian, Spanish, and Portuguese. He returned to the Atlantic City area after retiring to settle down and raise his daughter. Peter would spend his time playing catch and riding bicycles with her. People would often tell him his daughter kept him youthful. Peter was a friend to all, a smile for everyone, a true gentleman that never had a bad word said about him. He was fondly referred to as "Uncle Pete" by everyone. Peter had a zest for life which was evident by his passion for his Sicilian heritage, love of good food, the beach, and lifelong friendships. He enjoyed walking the Ventnor boardwalk and continued to visit and sit on "his" bench well into his 90s. He also loved to watch boxing on television and he would talk about the matches with his lifelong friend, Lucky. He will be deeply missed. Graveside services will be conducted 1:00PM Thursday, January 14th at the Atlantic City Cemetery, Pleasantville. Arrangements by the Gormley Funeral Home LLC, AC. www.gormleyfuneralhomellc.com. (Do not delete this line. It does not print. Text that is to appear on web must be entered after this line)«