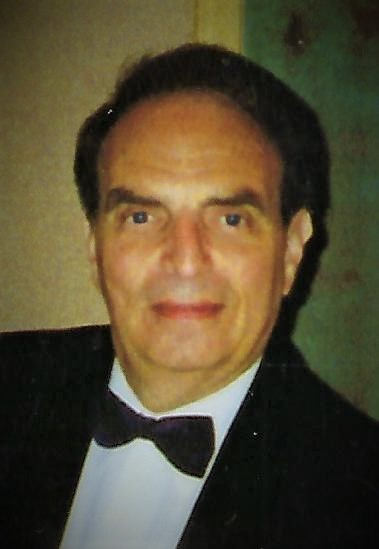 Obituary of John B. D'Angelo

Please share a memory of John to include in a keepsake book for family and friends.
View Tribute Book
John B. D'Angelo "Johnny D", an Atlantic City Musical Legend, Father, Grandfather, Teacher and Friend to Many - 83, of Ventnor City, formerly of Atlantic City, passed away peacefully December 7th 2020 due to complications from COVID-19. Johnny was born and raised in Atlantic City where his father was a prominent Italian restaurant owner during World War II. A star basketball player at Holy Spirit High School and classically trained piano player with magical flying hands and a soothing voice. Johnny started his musical career at the young age of 16 on a special work permit at the world famous 500 Club in Atlantic City. He continued playing there for 10 years playing with such greats as Frank Sinatra, Dean Martin, Nat King Cole, Buddy Rich, Dizzy Gillespie and Sammy Davis to name a few. Talents that he would maintain long term relationships with throughout his career Johnny released records in the 50's, 70's and 80's -"What Shall I Call Myself?", "A Step at a Time", and the Christmas song "Mommy is Getting a New Baby For Christmas", and in 2010 "Through all The Years- For All Time", He appeared at the famous Latin Casino, Steel Pier, Merv Griffin Show, a regular on the annual Jerry Lewis telethon, and major show rooms and clubs throughout the east coast. Johnny opened Atlantic City's first Casino with musical legend and friend Sal Dupree, going on to play The Playboy Club, Bally's Tropicana, Trump Marina and Caesars. While at Caesars, Johnny was one of the longest running house acts and where he was awarded entertainer of the year by Atlantic City Magazine three years in a row for his ability to hold an audience like no one could! His ability to cross over from Jazz to Pop to Country and take requests without blinking -was his signature. His piano solo's were unbelievable, mind blowing and captivating- regardless if he was in a 5000 seat show room or had one person at a piano bar at 3am in the morning. What gave Johnny most pleasure was his music making you smile. He helped the careers of many young musical talents who have gone on to become great successes, giving back his musical ability, industry wisdom and instruction. The last couple of years he would play at Dr. Kasper's office, not for glory but for a moment in time, to take those who were sick, somewhere other than their sickness. Johnny was a loving Father and Grandfather and Father-in-law. He is survived by son John D'Angelo Jr, (favorite daughter-in-law Maria D'Angelo); daughters Ginny" D'Angelo, Susan D'Angelo and Lisa Tzaferos, (favorite son-in-law Chris Tzaferos); grand children Michael D'Angelo, Evan D'Angelo, Andrew Schulz, Christy Waters, Gianna Ross, Justin Ross, Brandan Gutierrez, and Krista Tzaferos,- all who he loved dearly and unconditionally. Johnny did not want to be mourned but rather that his music and life celebrated. A COVID and CDC compliant Celebration and Service will be held at Fusion Church 6300 East Black Horse Pike, Egg Harbor Township, NJ 08234 -December 19th, commencing at 2:00pm. In lieu of flowers, the family asks that you make donations to: The Johnny D'Angelo Scholarship, in care of the Schultz-Hill Foundation, mailed to the D'Angelo family at 14 Marshall Drive, Egg Harbor Township, NJ 08234. Arrangements by the Gormley Funeral Home LLC - www.gormleyfuneralhomellc.