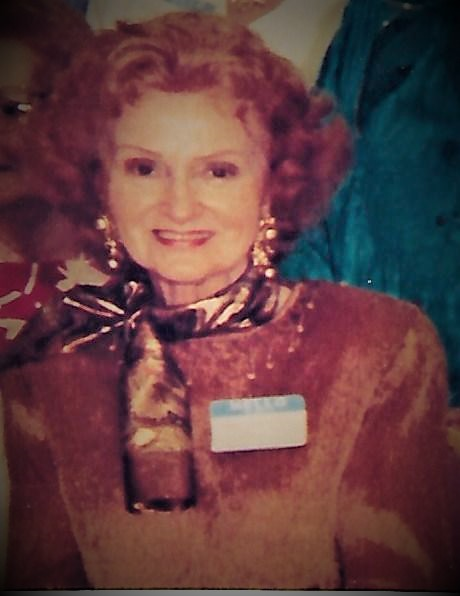 Please share a memory of Anne to include in a keepsake book for family and friends.
View Tribute Book
Anne C. Kelly of Atlantic City passed away at home on July 3, 2020. She was born on January 12, 1926 in Atlantic City, New Jersey to her parents; her mother a beautiful Irish Colleen, Anna McSweeny and her father, a handsome black- haired Italian, Fonsy Gualtieri. She was their fourth child. Growing up she attended Kindergarten through 6th grade at Richmond Avenue school formerly, Monterrey Avenue School. She was always a good student and won many awards including one for penmanship. Anne graduated from Ohio Avenue Jr. High School and Atlantic City High School. While in high school, Anne graduated with a perfect attendance record. She was active in many clubs, including President of the Italian Club. Anne was always good in math and loved science. She decided to become a pharmacist and graduated from the Philadelphia College of Pharmacy and Science now known as the University of the Sciences of Philadelphia. Freshman Year she was the recipient of the E. T. Dobbins Scholarship. She was a member of the Lambda Kappa Sigma Sorority, President of the Newman Club and actively participated in all college functions. In Anne's Junior Year, she met her future husband, John L. Kelly, Jr. who was returning from serving in the U. S. Army. Jack went on to become President of his and Anne's Class of 1948. He was also from Atlantic City and his father had two drugstores - Kelly's Drug Store at California and Atlantic Avenues and Shep-Kelly's Drug Store at Montpellier and Atlantic Avenues. Ironically, growing up in Atlantic City, Anne and Jack had never met. Anne began her internship, required by the NJ Pharmacy Board at Crawford's Drug Store at Florida and Pacific Avenues. She became licensed in NJ and PA. Anne recalled, "That many doctors would give me a hard time as they were not aware of a woman pharmacist!" Anne was most likely one of the first female pharmacists in the state of New Jersey. Three years to the day that they met Anne and Jack were married on September 24, 1949 at Our Lady Star of the Sea Church. They had three sons; John L. Kelly III, Patrick J. Kelly and Dennis M. Kelly. She took a leave of absence from work to raise their three sons while remaining active in the community. She was a Miss America Hostess in 1961, active in the Chari-tteers, Catholic Bowling League, Star of the Sea PTA, and promoter for the Catholic Retreats held each year in Elkins Park. In her chosen profession of Pharmacy, she was chairman of the scholarship committee for over twenty years. At the time, Anne was the only woman ever to be nominated to run (unsuccessfully) for the State Board of Pharmacy. She began working at the Atlantic City Medical Center in 1972 and retired as Senior Pharmacist in 1985. Anne travelled extensively with her sister Betty Nigro Orr and Marietta Tripician. She kissed the Blarney Stone, rode a camel to the Pyramids and Sphinx, walked the Great Wall of China, visited the Taj Mahal and rode in a gondola in Venice. They had all these adventures in addition to a trip around the world and two cruises to Alaska and the Panama Canal. Anne was very active in Our Lady Star of the Sea. Since 1992 she has annually funded the Kelly Altar Boy Award and in 1995, she established the Kelly Altar Girl Award. She instructed the first Altar Girls after they were permitted to serve on the altar. Anne also founded the Sister Anastasia and the Sister Shamus Award. To Anne's delight when there was no altar server she was invited to serve. Anne considered herself one of the oldest Star of the Sea altar servers! Through all of her ups and downs Anne has ALWAYS said "religion!" Her faith had been so important in her life. Anne is survived by sons, Patrick J. Kelly, his four children Rachael, Sean, Brian and Kyle and wife Mary Maguire. Dennis M. Kelly and his wife Susan (née) Gattoni and their three children Erin, Meaghan and Kevin and her granddaughter Mary Garofalow (née) Kelly. She had five great grandchildren. She is predeceased by her former husband John L. Kelly, Jr. and their son John L. Kelly III. Anne is also survived by her loving and caring sister Teresa Karutz. Her nephews' Wallace Karutz, Jr and his son Wallace Karutz III, Bill Karutz and wife Debbie and their two children Matt and Margo. Anne was predeceased by Betty Nigro Orr, her wonderful and loving sister and John N. Super, her long-time wonderful companion and friend. A Mass of Christian Burial to celebrate Anne's life will be held on Friday, July 10, 2020 at Our Lady Star of the Sea Church, 2651 Atlantic Avenue, Atlantic City, NJ at 10:00 am. Fathers Patrick J. Brady and Joseph Pham are co-officiating. Entombment will be at Holy Cross Cemetery and Chapel Mausoleum, 5061 Harding Highway, Mays Landing, NJ. following Mass. Due to COVID-19 there will be no viewing. Please wear a mask and practice social distancing. In lieu of flowers please send donations to The Parish of Saint Monica and/or Our Lady Star of the Sea School, 2651 Atlantic Avenue, Atlantic City, NJ 08401. Arragements by the Gormley Funeral Home LLC, AC.