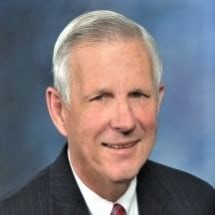 Please share a memory of Theodore to include in a keepsake book for family and friends.
View Tribute Book
Theodore S. "Ted" Ridgeay, longtime Linwood NJ resident, passed away peacefully on June 16, 2020 at the age of 82 after a lengthy illness. Ted was the son of S. Paul and Dorothy (Schimpf) Ridgway and grew up in Ventnor NJ. He initially attended Atlantic City High School before graduating from The Hill School in Pottstown PA. From The Hill he matriculated to Rutgers University and graduated in 1960 and went on to earn his law degree from Dickinson School of Law in Carlisle PA. Ted was a practicing attorney for more than 50 years, first in Atlantic City NJ where he was with Kirkman, Mulligan, Bell and Armstrong, before establishing the law firm of Ridgway & Ridgway in Linwood and Ocean City, NJ. In later years, he obtained a Masters in Taxation from Temple University and was an Elder Law Attorney. He also served as legal counsel for several non-profits, including the Atlantic County Humane Society and the ARC of Atlantic County. Having grown up at the beach, Ted was a competitive ocean swimmer and he was a Ventnor City Lifeguard for 9 years. It was there - on the beach in Ventnor - that he met Lois Conley, whom he would marry in 1961. They were married for 58 years until his death and they raised 5 wonderful children together. Ted was an avid sportsman, playing competitive squash and tennis for many years. He enjoyed all manner of outdoor activities including skiing, cycling, running, hiking, camping and scuba diving. And he was an experienced waterman who logged thousands of hours on his beloved sloop "Butterfly" navigating the shifty sandbars in Great Egg Harbor Bay and shooting the changeable Great Egg Inlet. He and Lois also spent countless days on their trawler in Rock Hall MD. Ted was quick with a smile and a great teller of stories. But he may have reserved his most generous affection for canines – he never met a dog he didn't like or couldn't charm. He was preceded in death by his parents, S.Paul and Dorothy Ridgway and his sister, Paula Ridgway Gormley. He is survived by his wife Lois of Linwood, his daughter, Nancy (Jim Camey), and sons Ted Jr. (Ellena Ochoa), John (Julie), Michael, and Thomas (Dawn), 10 grandchildren and 1 great-grandson and many nieces and nephews. A private ceremony will be held at a later date. The family graciously requests those interested to make a memorial donation to Angelic Hospice, 8025 Black Horse Pike, Ste 501, West Atlantic City, NJ or the Lewy Body Dementia Assn, 912 Killian Hill Road S W, Lilburn, GA 30047. Arrangements by the Gormley Funeral Home LLC, AC.