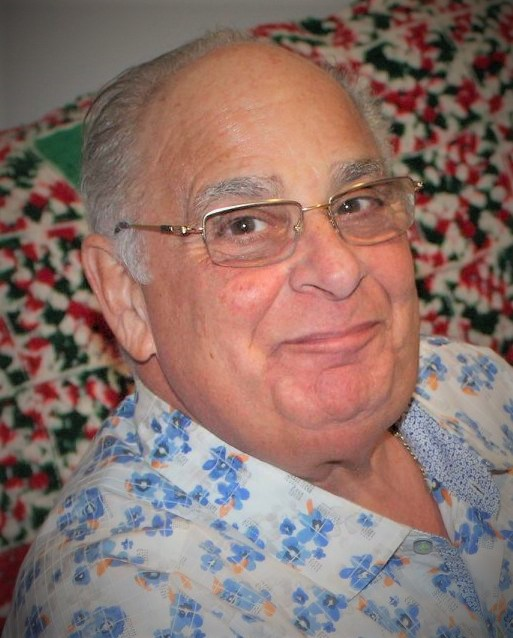 Please share a memory of Nicholas to include in a keepsake book for family and friends.
View Tribute Book
Nicholas Joseph Russo, Jr. "Nick" 70 of Atlantic City passed away Thursday, May 7, 2020, peacefully in his home in the care of his loving wife, Marilyn. Born on January 23, 1950, in Atlantic City, Nicholas attended St. Michael's School and was a 1968 graduate of Holy Spirit High School. He earned his associates degree in law enforcement from Atlantic Community College. Nick loved Atlantic City and left a lasting impression through the public school system with his many acts of public service and by mentoring youths in the community. He was the lead attendance officer for the Atlantic City school district for 20 years. As a volunteer, Nick devoted hours upon hours every week to aid youth programs, running the Chelsea Little League for more than two decades, and volunteering with the Art Dorrington Ice Hockey Foundation as a teacher. He also coordinated the Atlantic City public schools' Perfect Attendance Day trips to Steel Pier. Nick was a founding father and past president of the UNICO National Greater Atlantic City Chapter, an organization that provides scholarships to Italian-American students in Atlantic County. He served as president of the Greater Atlantic City Jaycees. He sponsored many fundraisers, including celebrity softball games for the March of Dimes. He sat on Atlantic City's zoning board and the Atlantic City Board of Education. Nick and his wife have owned and operated Russo's Liquor Store, serving the neighborhood since 1973. Nick was an avid sports fan who loved the Eagles, Phillies, Yankees, 76ers and Flyers, and idolized Mickey Mantle and Joe Namath. Nick was also a lover of music, including Frank Sinatra, Tony Bennett and Jimmy Buffett. He was especially proud of his happy place in his home, which included an extensive collection of family photos and memorabilia of famous music and sports figures. He loved to laugh and make people laugh. If he teased you, it was because he liked you. Nick loved everything about Atlantic City and its beauties. Donning a brightly-colored T-Shirt, he could be seen riding his bicycle almost every day on the Atlantic City Boardwalk, where he would stop to take a picture of the boards and beach before taking a dip in the Atlantic Ocean. He loved the beach, and that is where he found peace by reading, listening to music or the Phillies and spending time with his family. Every night, he would walk down to the bay and take a picture of the sunset to share with his family and many friends. But most of all, Nick loved his family, especially his wife, two sons and their wives and his three grandchildren. They kept him going and fighting every day as he battled pancreatic cancer. He was loved to the very end by his best friends, many with whom he grew up and knew from St. Michael's. It was a job well done living life his way. Nicholas is survived by his wife, Marilyn, of 48 years, and his two sons, Nicholas III (Cheryl) and John (Monica), his three grandchildren (Ellie Rose, Luca Christopher and Andrew Nicholas), sister Patricia Toscano and brothers Dominic Russo (Valerie) and Robin Russo (Cynthia), his brother-in-law Bernard (Carol) Rich and sister-in-law Angela Rich, and his many nieces and nephews whom he loved and in turn supported him. Nicholas is predeceased by his parents Nicholas Sr. and Rita Russo, his father- and mother-in-law Bernard and Elizabeth Rich, his sister-in-law Linda Russo, brother-in-law Robert Toscano and nephew-in-law Marc White Sr. In lieu of flowers, donations can be made in Nick's memory to UNICO National Scholarship Fund, St. Michael's Church or a charity of your choice. Arrangements are made by Gormley Funeral Home LLC, 2706 Atlantic Ave., Atlantic City. The interment at Holy Cross cemetery will be private. The family will announce the date for a celebration of Nick's life at a later time. Respects can be made at gormleyfuneralhomellc.com.