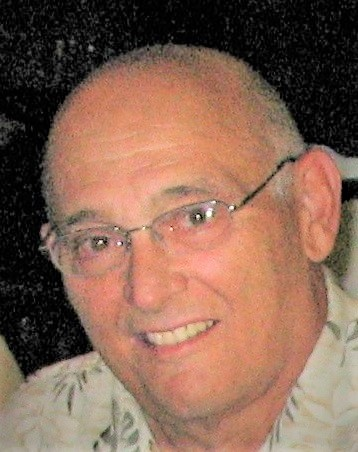 Please share a memory of Richard to include in a keepsake book for family and friends.
View Tribute Book
Richard John West "Dick" 79 passed away On Passover April 8, 2020 peacefully in his home in Cape May Court House, NJ. Richard was born on Dec. 15, 1940 in Northfield, NJ.He graduated from Atlantic City High School (NJ), and attended the University of Miami (FL). He had a highly successful career in sales and sales management, most notably for Moore Business Forms, and retired in 1996, returning to his home area in southern New Jersey. Richard was a loving family man, enjoying family holidays above all else, and was everyone's favorite "Uncle Dick". He loved to ride his bike on the boardwalk, and was a lifelong fan of Philadelphia sports teams, from childhood through his photo with the Eagles Super Bowl trophy in 2018. Richard was predeceased by his father Clarence Russell West and mother Helen Haddad West. He is survived by his loving wife of 59 years Sharon A. West; and their children… daughter Wendy Santana and her husband Rafael Santana; son Richard C. West; and son Russell J. West. He leaves behind brother William G. West and cousin Ronald T. Plotka; 7 grandchildren, 2 great-grandchildren, and many beloved cousins, nieces and nephews. Did you ever read about a frog Who dreamed of bein' a king And then became one... Well except for the names, And a few other changes... If you talk about me The story is the same one ...Richard passed under a Pink Moon Graveside services for Richard will be Celebrated 11:00am Thursday, July 29, 2021 at Laurel Memorial Park Cemetery, Tilton Road, Egg Harbor Township, NJ 08234.Arrangements by the Gormley Funeral Home LLC, AC.