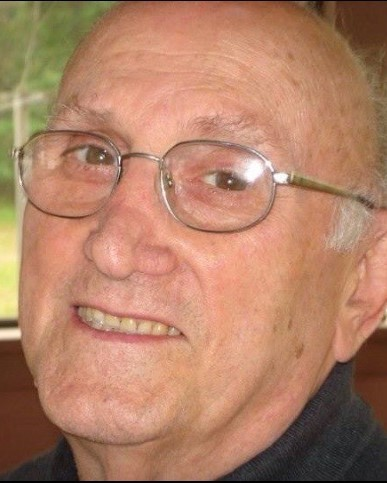 Please share a memory of Matteo to include in a keepsake book for family and friends.
View Tribute Book
Matteo Nicola 87 of Bayville, NJ (formerly of Atlantic City), passed away peacefully at home surrounded by his family on Thursday morning May 30, 2019. Matteo was born in Ingham, Queensland, Australia on March 11, 1932. He immigrated to the USA in 1947, in pursuit of the American Dream. He was drafted and served in the US Army during the Korean War. He then continued to pursue his dream. With a lot of hard work and determination, he started a business, Manhattan Cleaners & Tailors, with his two brothers, that thrived in Atlantic City for 57 years. He was a devoted Catholic. He enjoyed going to the casino to play the slots, but most importantly, he enjoyed spending time with his family and friends, reminiscing about the good old days and making new memories with them as well. Matteo was predeceased by his parents Antonino and Domenica (nee Ruello) Ingegneri, his son David Ingegneri and his brother Frank Ingegneri. He is survived by his loving wife Adriana (nee Bertoli), children; daughter Mattea Ingegneri Kotun and son-in-law Brian Dennis Kotun and grandson Liam David Kotun, daughter Donna Ingegneri; son Anthony Ingegneri, grandson Nicholas Anthony Ingegneri and grandchildren Cassandra Ingegneri and Matteo Ingegneri; brother Anthony Ingegneri, sisters-in-law Pina Ingegneri and Nancy Ingegneri; brother-in-law Albano Bertoli; sister-in-law Maria Theresa Bertoli and Garland Hoops as well as numerous nieces, nephews, grand nieces and grand nephews. A Mass of Christian Burial will be Celebrated for Matteo Nicola Ingegneri 12:00Noon on Monday, June 3, 2019 at St. Michaels Church 10 North Mississippi Avenue, Atlantic City. Relatives and friends are invited to his viewing from 11:00am in the Church. the Rite of Committal will be offered at the mausoleun of Holy Cross Cemetery 5061 Harding Highway (Rt. 40) Mays Landing, following Mass. In lieu of flowers, donations to the American Cancer Society P.O. Box 22478 Oklahoma City, OK 73123 would be appreciated. Arrangements by the Gormley Funeral Home LLC. AC.