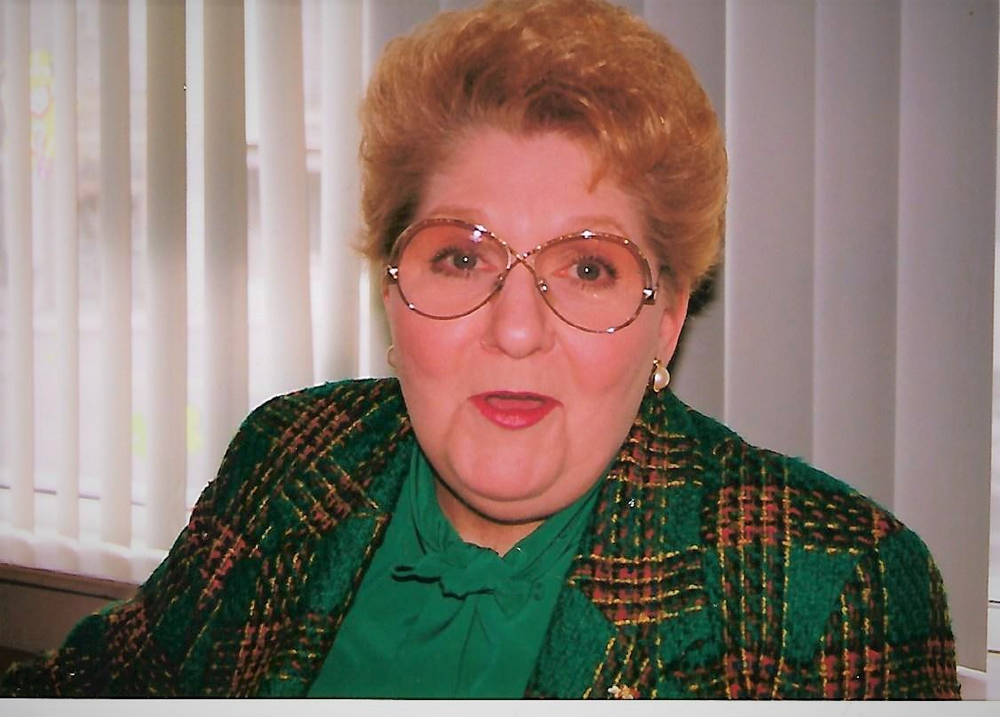 Please share a memory of Theresa to include in a keepsake book for family and friends.
View Tribute Book
Theresa D. Applegate (Terry) 87 of Galloway, NJ, passed away on Monday, May 6, 2019, at Mainland Division of AtlantiCare Regional Medical Center - surrounded by her loving family. Terry, also affectionately known as "Bonga" by family and friends, was born December 7,1931 in Atlantic City to Louis and Nellie Barr. She was raised in Philadelphia where she attended school and graduated from Holy Spirit Grammar School and West Catholic Girls High School. She met the love of her life John W. Applegate and they married on May 2, 1953 in Philadelphia. Terry was a hardworking individual who was very involved with St. Nicholas of Tolentine Church in Atlantic City. She was on Atlantic City's best dressed list several years and was always a fashion statement. She was a role model to many and loved by everyone she met. She is preceded in death by her parents, Louis and Nellie Barr, her aunt Margaret McGinn, her husband John W. (Jack) Applegate, her sister Marguerite (Peggy) Oldfield, and sons-in-law Bill Dooley and Kenny Brown. She is survived by her seven children, Mary Susan Dooley, John Michael (Audrey), Theresa, Christopher (Laura), Lizann Burke (Bill), Kathleen Brown, and Michele Baglivo (John), as well as her grandchildren, John Anthony Applegate (Lee), Christopher M. Applegate, Matthew Brown, Ryan Burke, Caitlin Burke, Jacqueline Brown, Amanda Applegate, Kerry Burke, Timmy Burke, Megan Baglivo, Michael Baglivo and Rory Burke. She is also survived by five great grandchildren; Joydyn, Victoria, Gabriella and McKinley Applegate, and Madyson Grace Lewallen; one niece, two nephews, and several great nieces and great nephews, and many loyal friends. A Mass of Christian Burial will be Celebrated for Theresa D. Applegate at St. Nicholas of Tolentine RC Church Tennessee and Pacific Avenue in Atlantic City Saturday morning May 11, 2019 at 11:00am. Relatives and friends are invited to her viewings: Friday evening from 6 -9pm, May 10, 2019, at Gormley Funeral Home LLC, 2706 Atlantic Avenue, in Atlantic City, and again Saturday morning, May 11, 2019, at St. Nicholas of Church, Tennessee and Pacific Avenues in Atlantic City, from 10-11am (before Mass). The Rite of Committal will be offered at Holy Cross Cemetery 5061 Harding Highway (Route 40) in Mays Landing, NJ following Mass. The family would like to express our thanks and gratitude to the many doctors and nurses in the PCU and ICU at AtlantiCare Regional Medical Center for their kind and compassionate care of our Dear Mother.