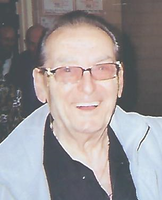 Edmund Colanzi "Ed" 87, of Atlantic City passed away Tuesday, January 1, 2019. Born in Philadelphia, Ed's parents moved to Atlantic City when he was 2 years old. He was raised and lived in the beach block of Texas Avenue until he met and married his wife - the former Kathleen Pierce of Conshohocken, PA, in 1968. Ed graduated from Our Lady Star of the Sea Grammar School in 1945 and Holy Spirit High School in 1949. In 1951 he enlisted in the US Air Force during the Korean Conflict serving until 1955, transferring to the Air Force Reserve as a Staff Sergeant for several years. He attended Glassboro State College studying to become a teacher and was very active coaching basketball, on the debating team and the Philosophy Club. Ed changed his interests in 1962 and went to work for the Atlantic City Tax Office starting as a Tax Clerk and retired in 1987 as an Asst. Tax Collector and Certified NJ Tax Collector. While with the City, Ed's interests then turned toward organizing the City's first White Collar Union in AC. In 1976 he sought and won a seat as a City Commissioner serving from 1976 through 1982. There he fought for legalized gaming in Atlantic City. He also served on many Committees and Boards throughout his long career of Public Service, especially as a Commissioner, because he was proud of Atlantic City and loved his hometown. He knew that Atlantic City was destined for a new greatness, it's rebirth. He served on the "Vote Yes: Campaign, Committee to Rebuild AC, Committee of Labor to Improve AC, Atlantic City Hall of Fame, to name a few. He was a long standing member of the Old Morris Guards, Columbus Day Committee, American Legion, Knights of Columbus, Chelsea Neighborhood Association, Lifetime Member of the Chelsea Republican Club, and former Chairman of the Atlantic City Municipal Republican Party and served for the last 20 years on the Atlantic City Municipal Utilities Authority Board. And the list goes on and on. Ed enjoyed playing Gin Rummy and doing SUDOKU puzzles. But his life, however, was grounded and guided by his faith and love for his companion, best friend - his wife of 50 years, Kathleen. Ed was predeceased by his parents Nicola and Angela (nee Ianeri) Colanzi, grand parents; aunt; uncles; and cousins. He is survived by his loving wife Kathleen, nephews Drew Pierce and Duane Pierce and good family friend Debbie. A Mass of Christian Burial will be Celebrated for Ed Colanzi 11:00am Saturday, January 5, 2019 at Our Lady Star of the Sea Church 2651 Atlantic Avenue, Atlantic City. Relatives and friends are invited to his viewing from 10:00am at the Church. The Rite of Committal will be offered at the Mausoleum of Holy Cross Cemetery, Route 40, Mays Landing, following Mass. Ed had a special bond with the late Danny Thomas, supporter of St. Jude Children's Hospital. In lieu of flowers, Ed's family asked that you consider a donation in Ed's Memory to: St. Jude Children's Research Hospital 501 St. Jude Place, Memphis, TN 38105. stjude.org/memorial 1800-873-6983. Arrangements by the Gormley Funeral Home LLC, AC.